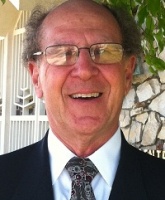 Since becoming a resident of the San Fernando Valley in 1971 Leonard Shaffer has volunteered in many capacities. His participation in neighborhood organizations began in 1972 when he joined the Tarzana Property Owners Association and he has continued to be an active board member of the Board of Directors. He became interested in the idea of neighborhood councils after attending a series of conferences sponsored by the USC Public Participation project. In 2002, as chair of the formation committee, he led the effort to form a neighborhood council in Tarzana. Leonard is currently the chair of the Tarzana Neighborhood Council.

Leonard was recently appointed to the Commission that oversees neighborhood councils city wide and is currently the commission vice president.

Leonard retired from the practice of law after 35 years as a Los Angeles County Deputy District Attorney.